High quality with smooth writing, a nice gift for any golf lovers, or decorate item for your office.

Supply in assorted colors,welcome to custom your own logo.

High quality with smooth writing, a nice gift for any golf lovers, or decorate item for your office.

Supply in assorted colors,welcome to custom your own logo.

For all kinds of products promotion, business gifts, leisure and entertainment.

Portable, golf favorite for indoor practice or take for trip.

Portable can take anywhere, fashion design,also can use for decorate your home.

Spin the ball, where the colored steel ball located, represents the status of golf. also can use for promotion, gifts or paperweight.

For all kinds of products promotion, business gifts, leisure and entertainment. portable, golf favorite for indoor practice or take for trip.

For all kinds of products promotion, business gifts, leisure and entertainment. portable, golf favorator for indoor practice or take for trip.

light weight and durable,For golf gift or promotion items,also can use for decorate your home or office.

Automatic Pop-up Toothpick  holder,Simply press the top and the lid will pop-up/close automatically.

Light weight,portable and easy to use, press the button to open, look like a real golf ball,with lid keeps the toothpicks clean.

Golf originated from a game played on the eastern coast of Scotland, in an area close to the royal capital of Edinburgh. In those early days players would attempt to hit a pebble over sand dunes and around tracks using a bent stick or club. During the 15th century, Scotland prepared to defend itself, yet again, against an invasion by the ‘Auld Enemy’. The nation’s enthusiastic pursuit of golf however, led many to neglect their military training, so much so that the Scottish parliament of King James II banned the sport in 1457.

Although people largely ignored the ban, it was only in 1502 that the game gained the royal seal of approval when King James IV of Scotland (1473 -1513) became the world’s first golfing monarch. 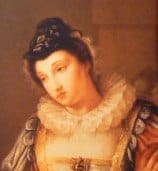 The popularity of the game quickly spread throughout 16th century Europe thanks to this royal endorsement. King Charles I brought the game to England and Mary Queen of Scots (pictured to the right) introduced the game to France when she studied there; the term ‘caddie’ derives from the name for her French military aides, known as cadets.

One of the premier golf courses of the day was at Leith near Edinburgh which hosted the first international golf match in 1682, when the Duke of York and George Patterson representing Scotland, beat two English noblemen.

The game of golf officially became a sport when the Gentlemen Golfers of Leith formed the first club in 1744 and set up an annual competition with silverware prizes. The rules for this new competition were drafted by Duncan Forbes. Rules that even now sound so familiar to many;

…’If your ball comes among water, or any watery filth, you are at liberty to take out your ball and bringing it behind the hazard and teeing it, you may play it with any club and allow your adversary a stroke for so getting out your ball.’

The first reference to golf at its now recognised historic home town of St Andrews, was in 1552. It was not until 1754 however that the St Andrews Society of Golfers was formed to compete in its own annual competition using Leith’s rules. The first ever 18-hole course was constructed at St Andrews in 1764, establishing the now recognised standard for the game. King William IV honoured the club with the title ‘Royal & Ancient’ in 1834, with that recognition and its fine course the Royal and Ancient Golf Club of St Andrews was established as the world’s premier golf club.

At this time golfers were using hand-crafted wooden clubs usually made from beech with shafts of ash or hazel, and balls were made from compressed feathers wrapped in a stitched horse hide.

During the 19th century as the might of the British Empire expanded to encompass the globe, so golf followed closely behind. The first golf club formed outside Scotland was the Royal Blackheath (near London) in 1766. The first golf club outside Britain was the Bangalore, India (1820). Others quickly followed included the Royal Curragh, Ireland (1856), the Adelaide (1870), Royal Montreal (1873), Cape Town (1885), St Andrew’s of New York (1888) and Royal Hong Kong (1889).

The Industrial Revolution of the Victorian era brought with it many changes. The birth of the railways allowed ordinary people to explore outside of their towns and cities for the first time, and as a consequence golf clubs began to appear all over the countryside. Mass production methods were adopted to manufacture the clubs and balls, making the game more affordable to the average person. The game’s popularity exploded!

The forerunner to the British Open was played at the Prestwick Golf Club in 1860 with Willie Park victorious. After this other legendary names of the game were born such as Tom Morris, his son, Young Tom Morris, went on to be the first great champion, winning the event a record four consecutive times from 1869.

The United States Golf Association (USGA) was established in 1894 to regulate the game there, by 1900 more than 1000 golf clubs had been formed throughout the USA. With the availability of serious funding through commercial sponsorship, the USA quickly established itself as the centre of the professional game.

Today, it is the golf courses themselves that reflect the history of the game, with the US courses presented as beautifully sculptured and manicured landscaped parklands, unlike those in Britain, which are typically rough links courses with bunkers you can hide London Double Decker buses in!

Some of the most famous golf courses in the world are still to be found in Scotland: their names evoke the passion and tradition of the game of golf. Gleneagles, The Old Course at St. Andrews, Carnoustie, Royal Troon, Prestwick, to name but a few…

For the golf enthusiast or fans, a personal golf ball theme gifts.

Offer with cheap price, also can use as a  promotion gift for your company/course.

Welcome to custom your own logo.